CORONAVIRUS has impacted nearly every country around the world and there are currently 1,181,508 cases globally - but which countries are handling the crisis the best right now? New research has revealed the truth.

Coronavirus is a terrifying enemy that nearly every country is battling to fight. The deadly virus pandemic has so far tragically killed 147,337 people. However, not all countries are managing the crisis as well as others.

A new ranking has revealed which nations are best handling the outbreak.

According to DKG’s research, released this week, the safest country in the world is Israel. 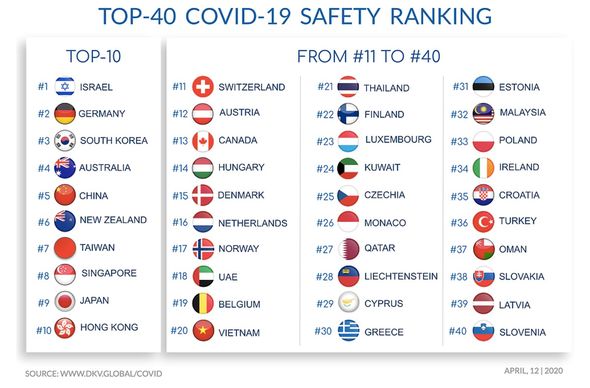 Israel currently has 12,855 cases of coronavirus but is currently handling the crisis the best thanks to its experience, according to DKG.

The Middle Eastern country scored the highest for government management efficiency and gained a total score of 632.32.

Very close behind Israel was Germany as the second safest country in the world.

In fact, Germany scored higher than Israel for emergency treatment readiness and monitoring and detection.

Germany was also named as the safest country in Europe.

"Compared to other countries, Germany currently has the best security and stability ranking in Europe and is also one of the leading nations worldwide in terms of crisis management," data expert Dimitry Kaminsky, founder of DKG, said.

"In view of the high number of infections it had at the beginning, Germany was extremely efficient and has successfully stopped the disease from spreading further without reaching the level of other countries - as a result, Germany will have considerable economic advantages after the pandemic."

"Germany is doing really well as a country with a high population," Anastassia Lauterbach, AI and data expert and board member, added. 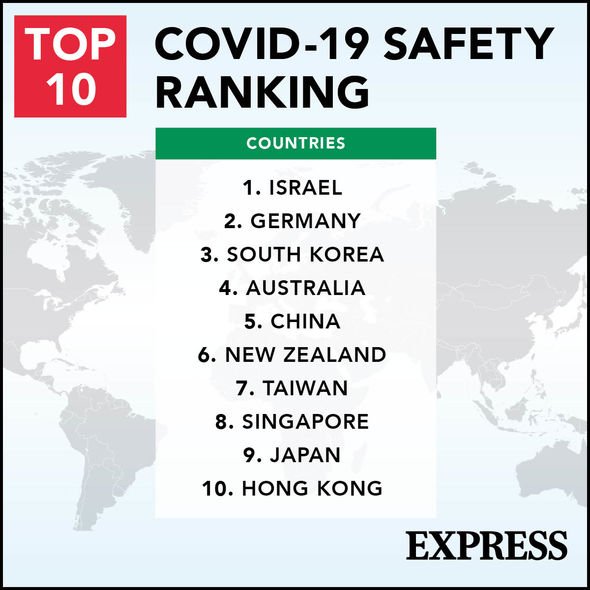 "The fact that Israel is in the lead is not surprising when you consider that the country is in a permanent state of crisis and has a great deal of experience with border closures and states of emergency."

Lauterbach added that she considers the ranking to be meaningful due to its high data density.

"However, the ranking is only a snapshot because the data is constantly updated," she said.

In third place on the safety ranking was South Korea.

In fourth and fifth place were Australia and China respectively.

The remaining top 10 were taken up by New Zealand, Taiwan, Singapore, Japan and Hong Kong.

Switzerland, the second safest country in Europe, just missed out at eleventh place.

Unfortunately, according to DKG’s research, the UK didn’t feature at all in the top 40, while the USA came in seventieth place.

"We also want to use the data to show which countries we can currently learn from," said data expert Kaminsky.